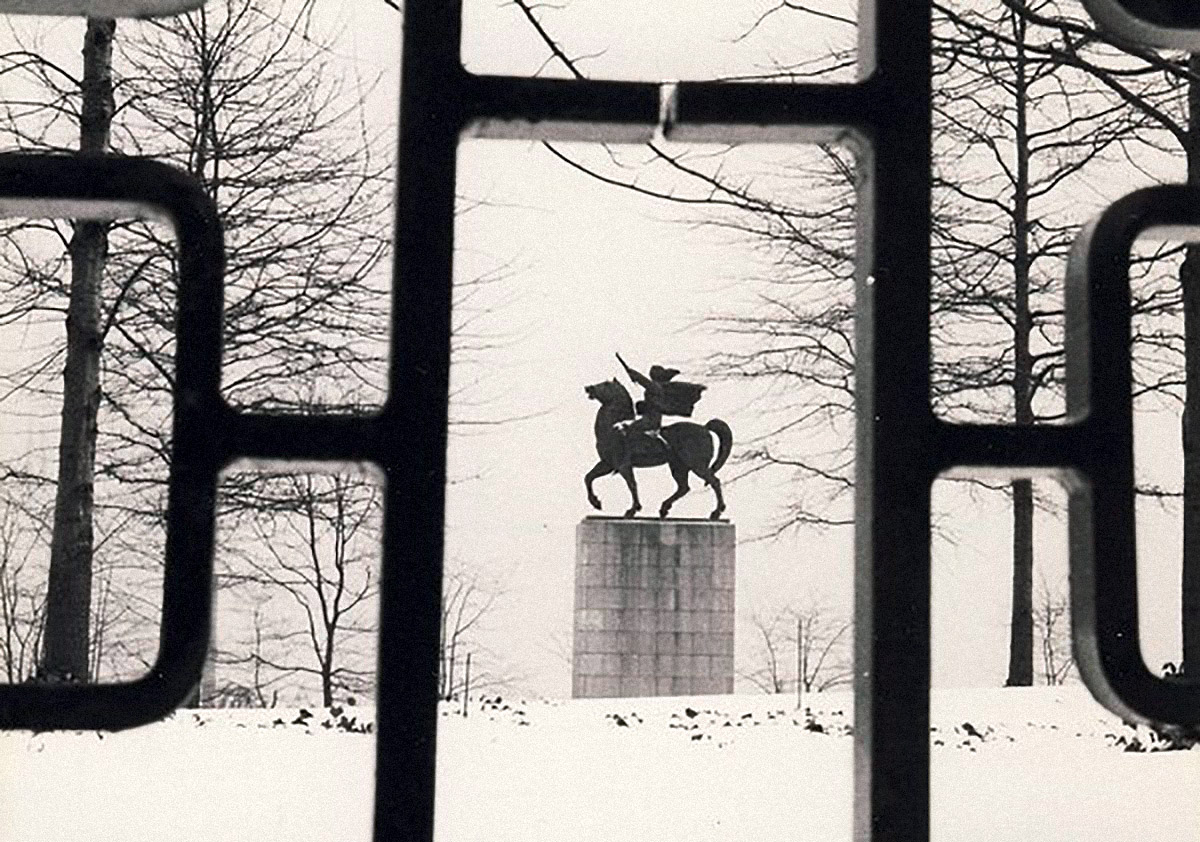 The United Nations, the main tourist attraction in New York, has a monumental new eye-catcher, a statue which dominates the large landscaped gardens. The statue is the latest major addition to a long list of impressive gifts to the U. N. by various nations. Recently it was unveiled in the presence of diplomatic representatives from many parts of the world and presented to the United Nations, on behalf of Yugoslavia, by that country’s chief delegate to the world organization, Dr. Joza Brilej. The bronze statue, 16 feet high, is the figure of a woman riding a horse. In one hand is a palm leaf and in the other a globe. It is intended to represent mankind riding on to peace and to happiness. The artist, Antun Augustincic, is a friend of Marshal Tito, head of the Yugoslavian state, and during its creation he was in frequent conference with the marshal. This correspondent has been told by a Yugoslav U. N. representative here that the work carries out Tito’s feelings toward the U. N. and toward the United States. 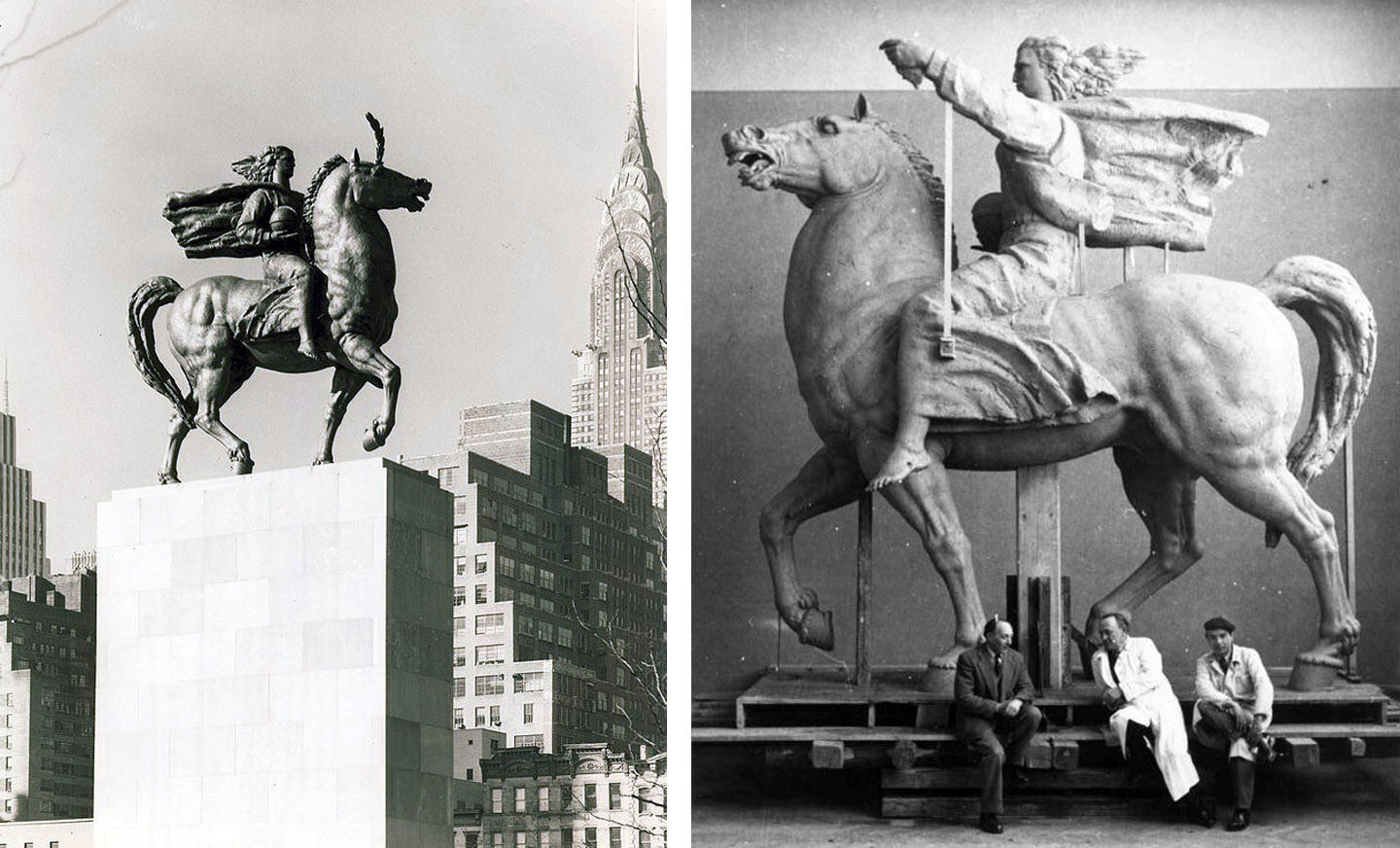 One of the more familiar symbols of the United Nations is the Horsewoman (Vjesnica mira – The Herald of Peace), a sculpture created by Antun Augustinčić (1900-1979). It was given as a gift to the UN and it is situated in front of the main building in New York. On the right side, Antun Augustinčić with his associates in the front of his clay model. 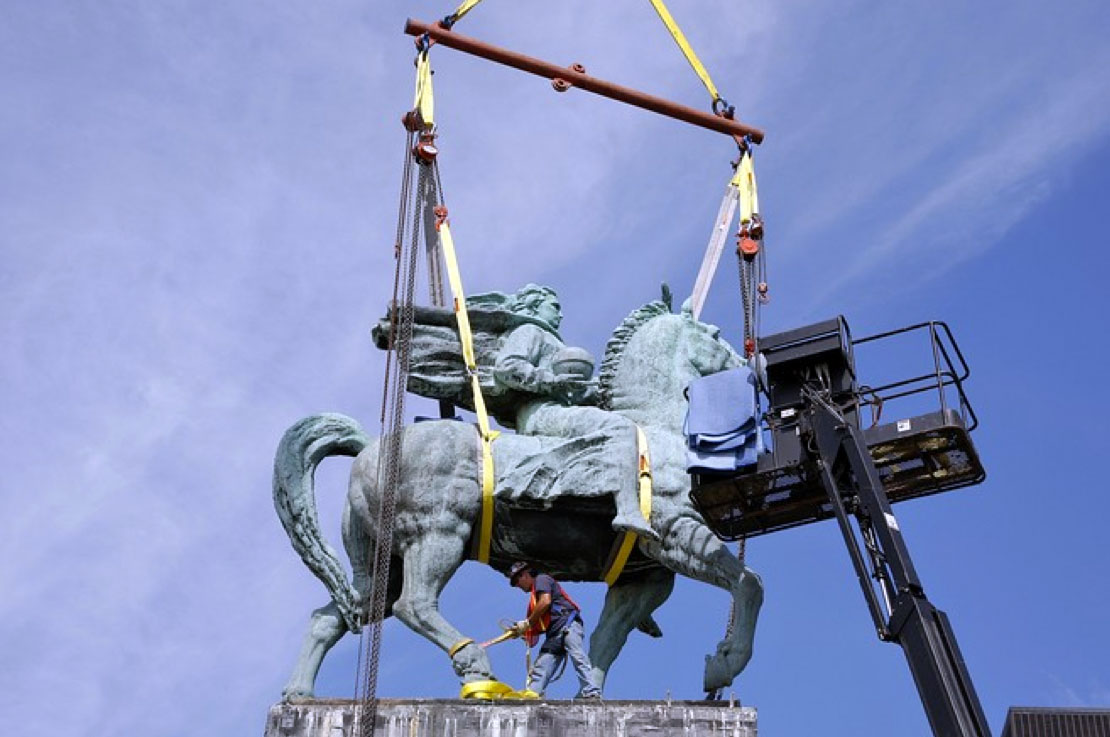 Workers hoist the 16-foot high bronze statue in preparation for the construction on the North Lawn, 2009. During the renovation of the United Nation’s headquarters in New York, most of the U.N.’s extensive art collection of around 270 pieces were relocated to the $300 million temporary structure. 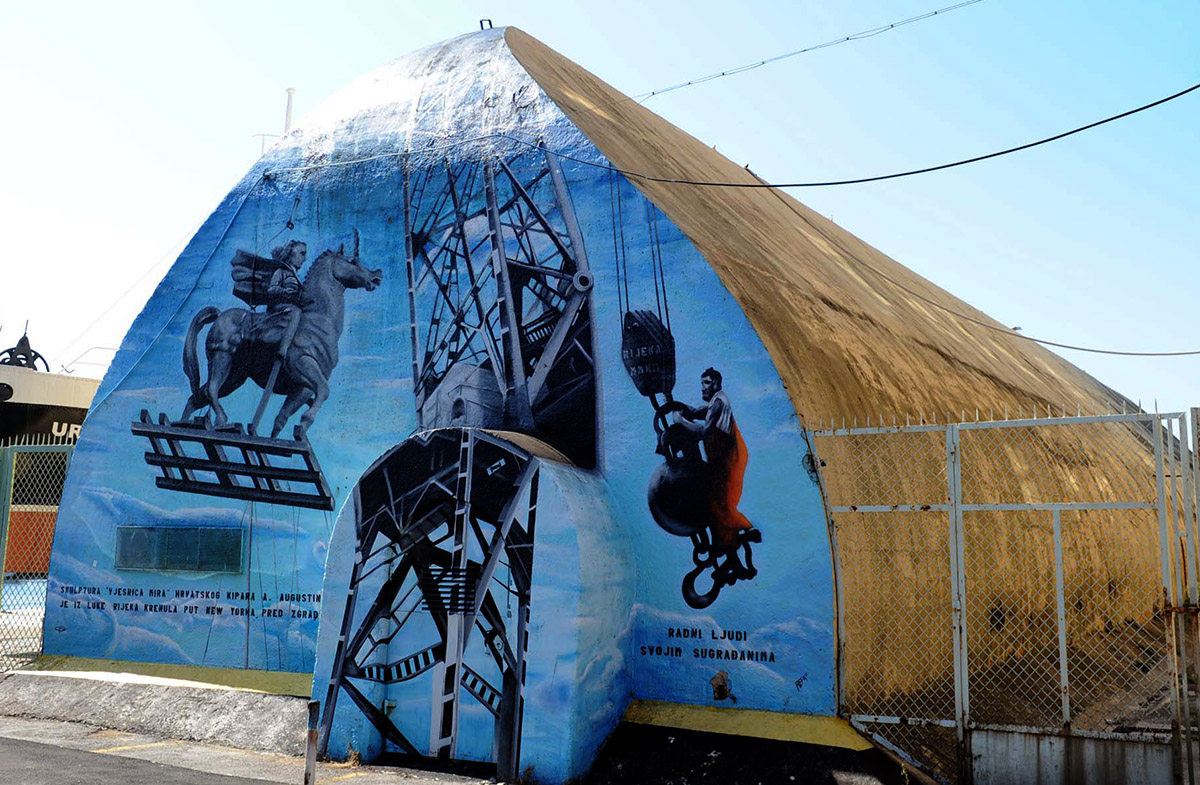 Mural in Rijeka, Croatia, showing the sculpture being loaded onto a ship at Rijeka harbour in 1954, before being taken to New York. 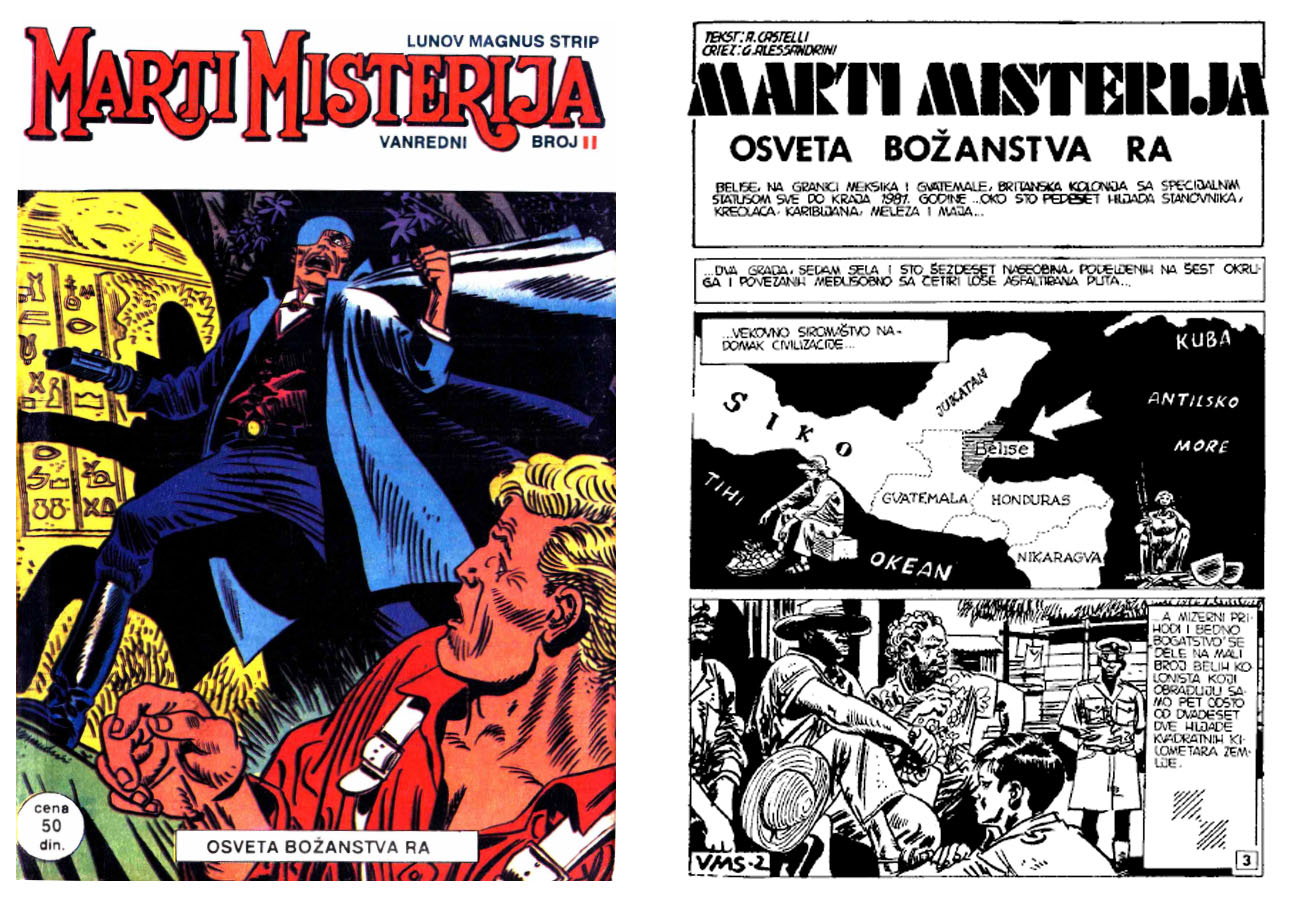 I remember the time when Martin Mystère appeared as an expensive comic book at the price of 50 dinars. I bought the first two issues and scratched off the price from the cover so my parents couldn’t see why I was always hungry those days. Martin Mystère was an art historian, archaeologist, anthropologist, adventurer, writer, television producer, and collector of unusual objects. He was based in Greenwich Village, New York, on the other side of Manhattan and my horse. In The Revenge of Ra (the second issue I bought), the central artifact of the cave Martin discovered in Belize, is a map of the Earth in the form of a globe, which proves that both the Mayans and the Egyptians knew that the Earth was round 35 centuries ago. The lady on the horse is holding a globe… 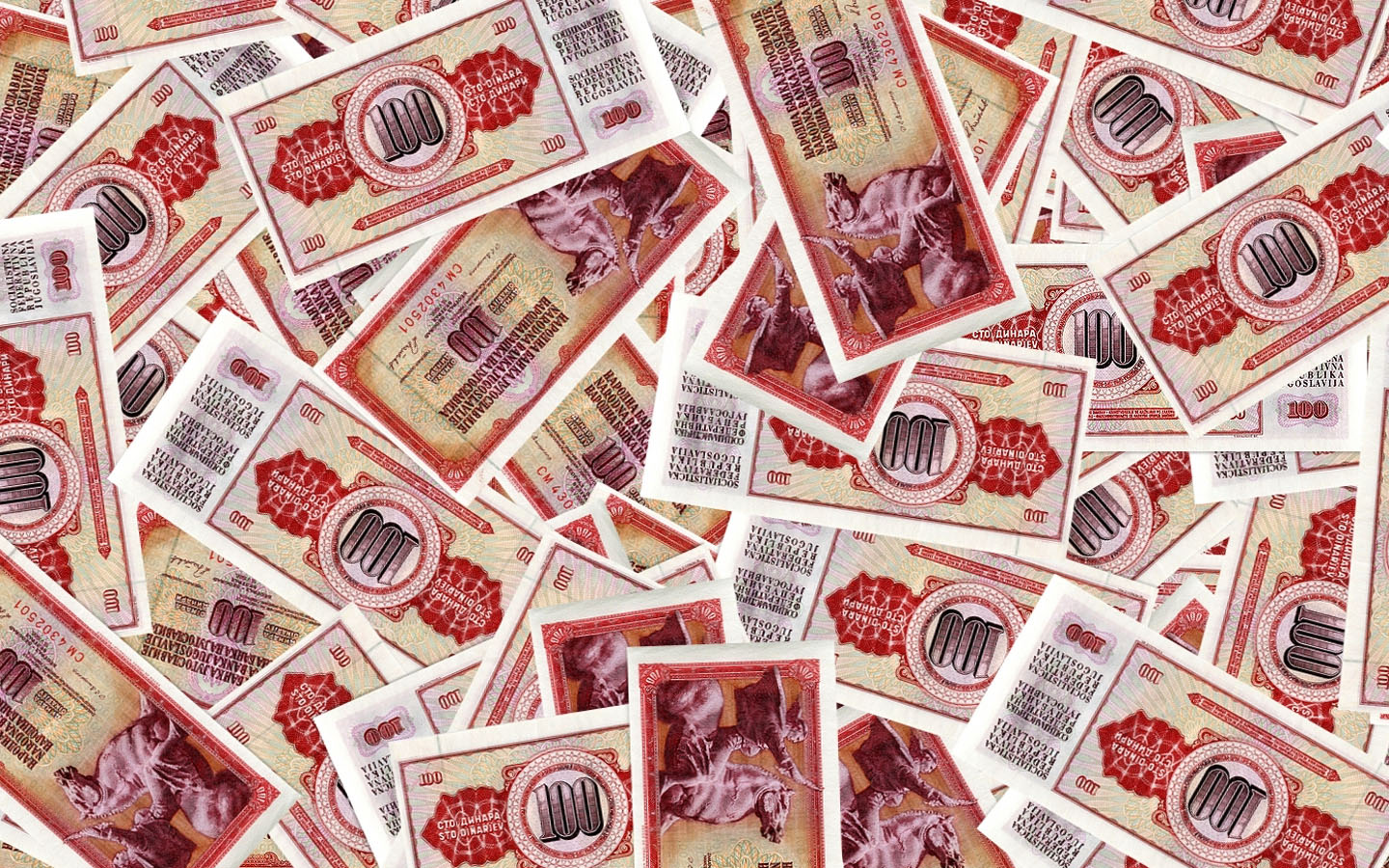 Meanwhile, on this side of the ocean, Yugoslavia quickly progressed toward war and my lady with the wrong name couldn’t see the misery of hyperinflation. She dissapeared in 1993, with the largest denomination out of all incarnations of Yugoslavian currency: the banknote, featuring Jovan Jovanović Zmaj had a face value of 500 billion dinars. Wages became worthless; paid in cash, workers had to rush out and spend their wages before they lost their value overnight. My Grandpa’s pension was barely enough to buy three litres of milk. I sold my garage full of comics, including those first issues of Martin Mystère, for 300 Deutschmarks and we lived for months.

There is no red bill from my childhood anymore, and although today I have much more money and a whole library of comic books, nothing can be compared to that day when the progress of mankind seemed well spent.