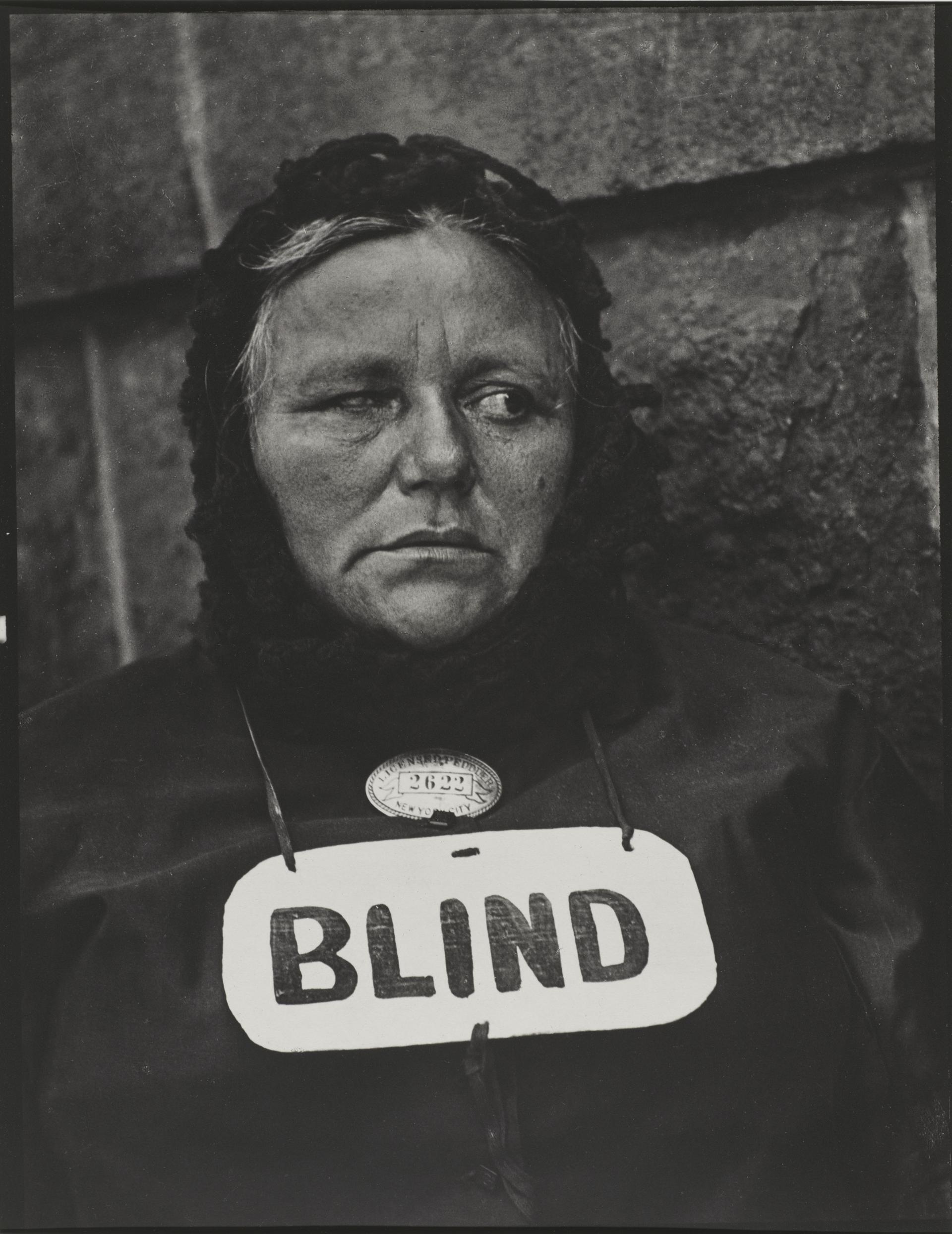 Like a mug shot, the old blind woman stands stiffly against a stone wall. The camera records her eyes roving in different directions. A large BLIND sign dangles from her neck. There’s a metal badge above the sign, Licenced Peddler 2622, which gives her the right to beg. The woman’s street-worn face runs the gamut from grit to despair.

This portrait is unsettling for several reasons. Paul Strand used a bulky 8”X10” large format Ensign camera. At the time he was preoccupied with the difficulty of how to use his bulky camera to take pictures of people in the streets without their being aware of it.

Strand’s solution was to take the lens from his uncle’s old view camera and fix it to the one side of his own camera. He then held the camera in such a way that his false lens stuck straight ahead while the real lens, partly hidden by his sleeve, was focused at a right angle to the object of his attention.

The whole idea of a false lens is unnecessary in this situation, given, as the viewer is led to believe from the sign, that this woman is blind and therefore presumably unable to see the photographer and his camera.

Yet, there is uncertainty as to whether or not she has any vision in her left eye, which looks beyond the right frame of the composition. The left eye looks as if it is surveying the street acqusitively so that the picture slyly hints at its maker’s method – his sleight of hand and eye.

Just who is blind? The woman, the viewer, the licensing agency or the photographer?

a note to myself:

Paul Strand, probably the greatest American photographer of the 20th century, was a communist. He had to leave the country due to McCarthyism, and the political aspect of his work remains largely obscured under his modernist appearance. He spent the last 27 years of his life in self imposed exile where he took pictures that are unsurpassed in their lustre, compositional rigour and strange humanity. 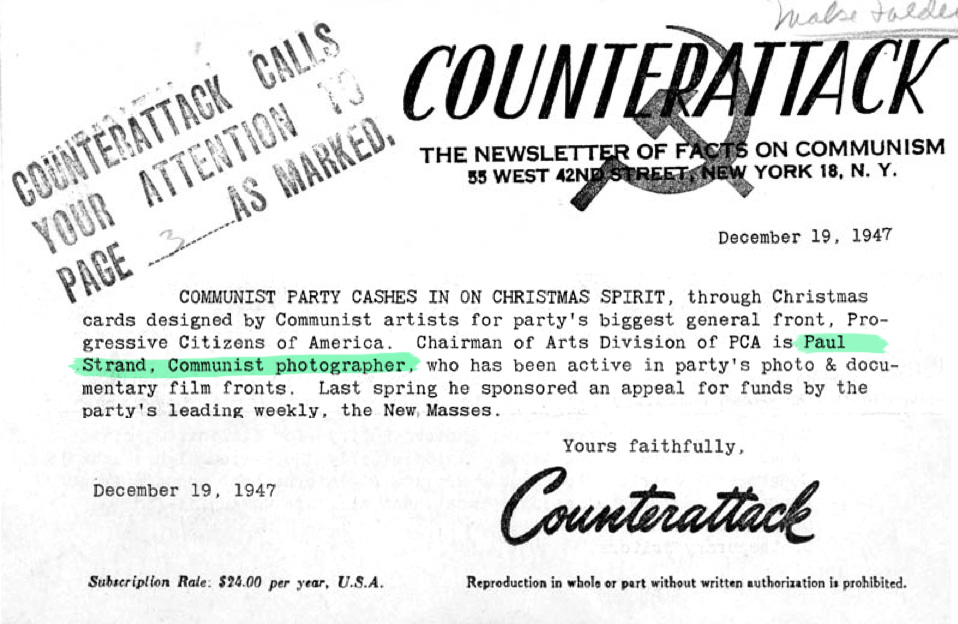 a note to rich myself:
buy the first edition of Tir a’Mhurain book

German edition. Dresden, Verlag der Kunst, 1962; 22,4 x 27,7 cm. 91 B/W photographs on rotogravure plates; pp. 15. Strand insisted that his books should be printed in East Germany, even if this meant that they were initially prohibited from the American market on account of their Communist provenance.