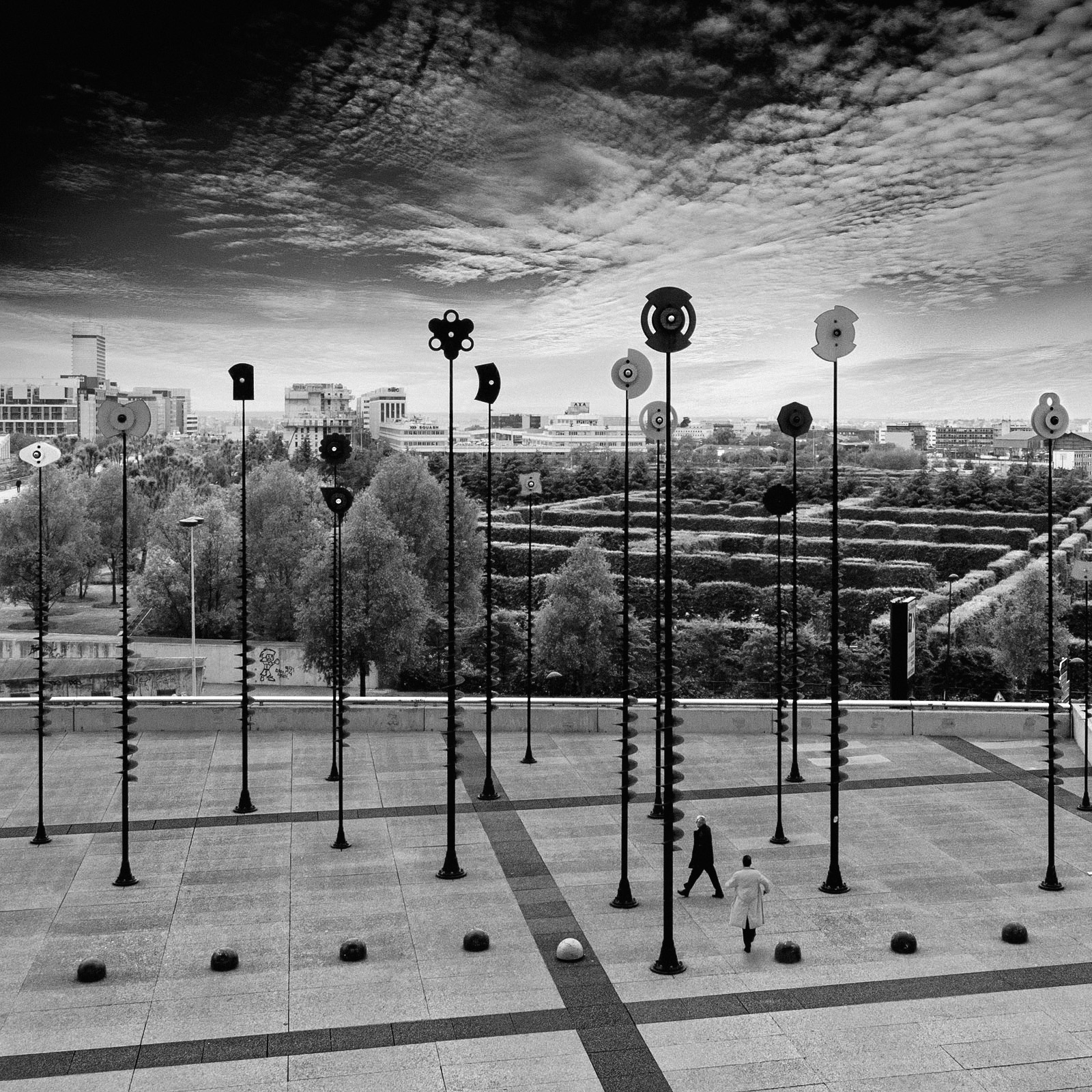 the illusion of murder

One afternoon in the 1950s, Chilean photographer Sergio Larraín was taking photographs outside Notre Dame in Paris and captured scenes between a couple which he only noticed when he developed the film. This provided the inspiration for Julio Cortázar’s extraordinary 1959 story The Devil’s Drool (Las Babas del Diablo), which in turn was the basis for Michelangelo Antonioni’s 1966 film “Blow up”, about a photographer who believes he may have witnessed a murder and unwittingly taken photographs of the killing.

This scene I noticed accidentally, while browsing old photos, and suddenly all was there in a strange connection: Paris, conflict between imagination and reality, premonition of a murder, artificial trees, La Grande Arche de la Défense as alternative version of the Arc de Triomphe and even there were Julio’s famous Hopscotch lines on the ground.

It has always seemed marvelous to me that someone can photograph two or three incongruous elements, for example, the standing figure of a man who, by some effect of light and shade projected onto the ground, appears to be a great black cat. On a profound level, I am producing literature, I am photographing a metaphor: a man whose shadow is a cat. I think I came to photography by way of literature.

So, did I hear the gunshot after the shot, or Antonioni already had the answer?